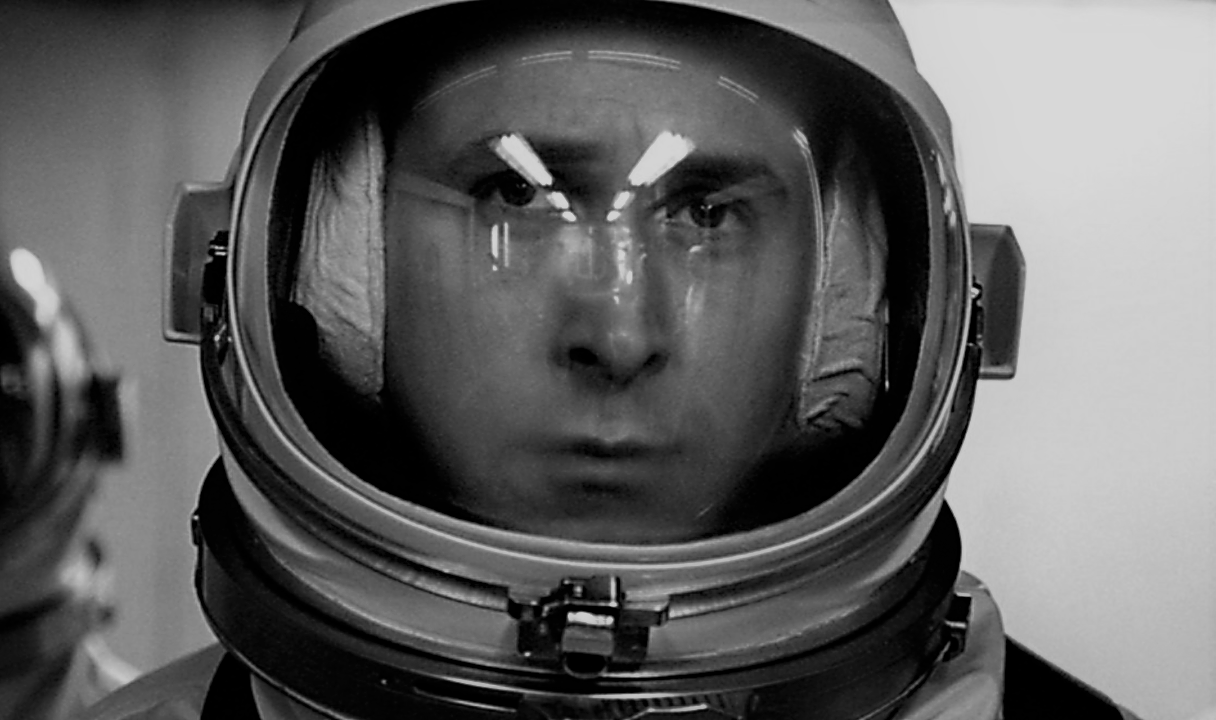 Just came back from a special showing with a few of my sons of the movie First Man, the emotional movie about Neil Armstrong and the story leading up to the Apollo 11 moon landing. Great insights into the common struggles which these incredibly courageous men endured as they prepped for their uncommon missions. It utterly transformed these heroes from a mere one dimensional caricature of three guys smiling and posing with their moon suits on (as I’m sure we all remember growing up and seeing the iconic images) into real men with real families dealing with real challenges in impossible scenarios.

You’ll love it due to all the tech and innovations and trial and error as they slowly move the achievement needle closer to the red zone of mission comfort into (sorry, spoiler alert!) ultimately the glory of the final launch.

As for me, this makes me consider as a sales professional of how many of us who claim to be in our profession would have the patience, the fortitude, and the desire for measurement of even the most minute details of our business in order to slowly become better and better? How many of us as sales professionals want instead to find short-cut ways to warp directly and effortlessly to the final and timeless portrait of us as a sales professional posing victoriously with our team? Instead of course, doing the right thing and falling in love with working the equations and doing all the correct steps to decipher the optimum formula for all of the multiple processes leading to sales success? We may indeed trip over the correct solution to an ideal sales process once in a while but we rob ourselves of knowing the ultimate legacy is securing a replicable formula for not only you, but for many more missions and sales professionals who come after you.

As an amateur “sales tourist” for much of my early career, I like to think in terms of alternative universes. Such as, what if I never was blessed with a mentor like Jamie Glasswho never exposed me to the true masters of our sales craft; the giants like Earl Nightingale, Uncle Zig, Dale Carnegie, Jim Rohn, Denis Waitley, Brian Tracy, Tony Robbins, and Chip Eichelberger. Where would I be today?

I’d probably be drifting from sales gig to sales gig blaming my (most recent) manager. Blaming my leads. Blaming marketing. Blaming my comp plan. Even blaming the Packers for my bad mood.

(I still have been known to do that last one on occasion).

I would be expending valuable energy and mindshare on external factors vs searching for a formula that would make me and my teams more successful.

In short, I was a damn good sales tourist.

Best in Maricopa county I would bet.

And I was also light years from being a real professional in our craft.

In fact, if typical sales tourists like me led the early Gemini and Apollo missions, would we have even reached the outer boundaries of the atmosphere let alone simple orbit or the moon? If typical sales tourists were in leadership at NASA, how many times would the same unsuccessful test flight happen over and over again with the collective hope amongst us that the rules of gravity would somehow change for the next mission? If typical sales tourists were in charge Cape Canaveral how many times would our collective blame fall on the incredibly finicky laws of thermodynamics as the reason why the rocket fuel never combusted and the payload vehicle never launched? If typical sales tourists like me were in charge of the space program, how often would the outcome of any rare successful test we stumbled upon be followed immediately by a vacation until the next quarter’s “deadline” instead of continuing to work through until the project is complete?

So what can we learn in our sales profession from the vast tests, calculations, and missions leading up to a successful moon landing that occurred almost 50 years ago? As I uncovered (many years later than I should have, candidly), to be a true sales professional who wishes to achieve your own moon shot, you simply don’t have a prayer of consistent success unless you track your progress, you deconstruct what a successful pitch looks really like, and you ultimately obey and understand the laws of (sales) physics and (relationship) thermodynamics.

That’s what we do at www.PitchAnything.com.

Like the iron clad principles of aerodynamics which must be adhered to carefully or disaster will surely strike, so too is it with the laws of neuroeconomics. Neuroeconomics combines neuroscience, economics, and psychology to study how people make decisions. It looks at the role of the brain when we evaluate decisions, categorize risks and rewards, and interact with each other. Like a fine tuned blend of rocket fuel, and powered with the development of a unified algorithm for pitching, our team and techniques help ambitious sales professionals and their determined teams perform through our modern and innovative online sales toolset.

Hopefully, this also makes you think of identifying your own moonshot for your career.

And for your team.

And for your company.

What is it and what does it look like? How badly do you want it? Badly enough to forego an occasional vacation or to regularly work on the weekend? Is it a noble cause? Is it a mere monetary target? Is it a title chase (Director? VP? Founder? CEO?)? Is it a universe-denting product adoption target?

”I do know this from my own experience: If you do not define and set your own “moon shot” as a target for yourself, someone will gladly step in and shackle you with one of theirs.

Just be sure you can live with that.

However, if you do set one for yourself, I believe taking one small step through diligent effort and methodical advancement of trackable progress you may yet yield the giant leap and breakthrough that changes lives for the great folks in our profession, let alone for all mankind.

See you at the top!